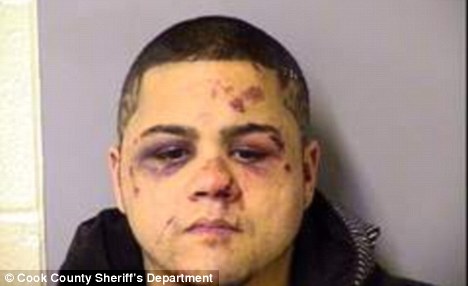 I’m already sick of hearing about Rod Blagojevich’s sentencing.  Not just because it’s Blago.  Mostly because of the news story that surfaced yesterday regarding what prosecutors plan to argue: that Rod’s sentence should be lengthened because he has never accepted responsibility or shown remorse.  I don’t know if he has, or if he hasn’t. I don’t really care.

I wish prosecutors would stop with that line of thought.  Why? This line of thinking directly results in people who are actually wrongfully convicted receiving more harsh penalties than their “actually not innocent” counterparts.  That is to say that a murderer who begs for forgiveness at sentencing might get a better sentence than a wrongfully convicted man who maintains his innocence.  There is some seemingly legitimate thought to the idea that people wrongfully convicted of murder are more likely to end up on death row because they won’t take responsibility for “their” crime.  So, it would be easier for my consciousness if nobody ever made that argument.

It’s impossible to not go full-guns at Blago, though.  Just another way in which Hot Rod is ruining things for the rest of us, I guess.

In reading about the plight of our former Governor, I came across a story about that poor fellow above.  That’s a mug shot.  Much to my surprise, he is not the victim of a crime.  He is the accused.

It seems he was in the wrong place at the wrong time.  And, by that, I mean he may-or-may-not have tried to rob the wrong guy.  He, apparently, stuck a gun in the face of a guy who is fairly well trained as a Mixed Martial Arts fighter.  From the looks of the picture, I think this probably started like the final scene in Pulp Fiction.  Remember that?  When confronted by a robber, Jules Winnfield calmly says, “I hate to shatter your ego, but this ain’t the first time I’ve had a gun pointed at me.”

Unlike Blago, I’m going to go ahead and guess that this guy will not be shy in admitting the error of his ways-  assuming his jaw hasn’t been wired shut.

I have a friend who once started ranting about getting pulled over by the cops for speeding.  The gist of his complaint was that police should either give you the ticket or give you a speech, but not give you both a ticket and a speech.  I don’t disagree with with that.  With serious crimes it doesn’t have to be a complete “either/or” thing, though.

This guy in the picture? He already got the speech. In a bad, bad way, too.  His speech didn’t come from the cops.  By the looks of it, that talking came from from Chuck Norris.  Chuck Norris speaks in sign language… with his feet.

I’m obviously not saying they shouldn’t charge this swollen headed gentleman. I am saying that if Blago should go to prison longer because he has not taken any responsibility, maybe this guy’s discolored head won’t be in prison as long as normal because he has taken some responsibility (whether he wanted to or not).  That seems to be what the prosecutor’s argument should suggest, right?