Once we told the entire story, guess what happened?  NG. Not Guilty.  Give us back our bond money, because we’re going home and not coming back… except for an expungement.

I love this time of year.  Early November is “new lawyer” time.  The kids that graduated in the spring and took the bar over the summer get officially licensed to practice in early November.  So, they start popping up in court.  And, you know who can spot a new lawyer in a foreign courtroom from miles away?  Everybody.  That’s who.

Why?  Many of them look like a fish out of water.  After 3 years of law school they walk into the courtroom not sure where to stand, how to check in a case, or which of the other 30 people wearing suits are the prosecutors.  It’s not their fault.  I’m sure I looked that way, too. So would you.

I’m not picking on these poor plebes.  I’m picking on the schools that trained them.  You spend 3 years of learning theoretical, mostly useless legal principals for a variety of subjects you’ll never need to worry about again.  Then you walk into traffic court, and don’t know how to fill out an appearance (the very simple document announcing to the court that you are the attorney on a case) because none of your Harvard-educated instructors mentioned that as they were teaching you about strict per stirpes.

Anybody know if medical school works like that? Three years of book learnin’ and then you’re turned loose to press scalpel to flesh on your first victim?

Don’t get me wrong. I love the theoretical.  I wasted 4.5 years of college on a Philosophy degree.  I could sit around all day and read the law.  Hell, last night I tormented a poor girl with a Bill of Rights quiz at a football game.

Facts win most cases, though.  Not legal concepts.  Knowing the facts inside and out wins cases.  Busting your ass to find the facts that aren’t served to you on a silver platter wins more cases.  Even though they should, law schools don’t train you to be Magnum P.I.

I posted something a few weeks back about a jury trial I did in Rockford.  It was fairly big news there and made all the TV stations.  I was the “second chair” in that.  In plain terms, the “second chair” is the wing man.  It’s the most fun role to have: You have to do little of the pre-trial work and less of the in-trial work.  It’s all the fun, a fraction of the work, and typically very little of the blame if things go wrong.

The head honcho on that case was a good friend and incredible lawyer: Dan Hoffman.

I love working with Dan.  Way back when I was just a freshling lawyer, he was the first guy in court I saw not “acting like a lawyer.”  When he talked to the judge he didn’t have the same plastic facade that many other lawyers seem to put up.  I’m not good at being “not-me” so it was liberating to watch.

He’s also diligent about not letting the prosecutors control what the case is “about.”  He just keeps investigating the facts until there’s nothing left to do.  At trial, he doesn’t just respond to what the prosecutors put on, he presents an entire case of his own.

He can do that because he gets his hands dirty. Literally.  Like, if he has to meet a witness in her barn while she’s birthing goats, he’ll be there (related sidenote: goat afterbirth stuff sitting in a barn is not something you can really mentally prepare for if you haven’t seen it… it’s also an image that you’ll probably never get out of your mind).  Dan’s trials often have him calling twice (or more) as many witnesses as the prosecutors put on… because he went out and found them.  He works his tail off.  He is Magnum P.I.

And that brings us back to Rockford.

Leading up to this case, Dan would call me every couple of weeks. Each time we’d talk about new witnesses he’d uncovered or new documents he got from a subpoena.  Each step of the way the case was looking better for us.  Each step of the way I had to ask if he thought the State was really going to force this case to trial.  He asked them to drop it.  They wouldn’t.

Then came trial.  The State did what they always do:  they put on a few of the witnesses mentioned in the police reports (some of whom said things they weren’t prepared for).  They put on the video.  Then they put on a paid expert to attempt to explain to the judge why the video he was watching wasn’t really what it looked like.  Then they rested their case. 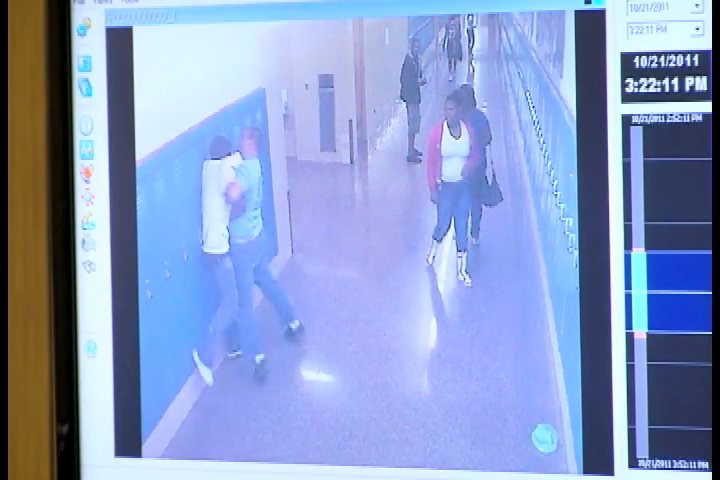 Of course, none of the reporters in court that day could stay past the lunch break. So they all made it sound like we were screwed.  Crazy things happen when you don’t watch all the testimony, I guess.

Once we told the entire story, guess what happened?  NG. Not Guilty.  Give us back our bond money, because we’re going home and not coming back… except for an expungement.

How do I know we’re not coming back?  Well, let’s just say I don’t think we’re welcome anymore.  On the way out of the courtroom, one of the news stations asked Dan about the case.  He said what is absolutely true in cases like this.  He said something very few lawyers would have the stones to say.  He put the blame for the entire case squarely on the shoulders of the head county prosecutor, and he wasn’t shy in telling the reporters that the State’s Attorney’s office didn’t exactly work hard to uncover the entire truth:

So, what’s that have to do with law school? It’s simple: we didn’t win this one because of any legal principal or abstract concept of law.  We didn’t win this because we were better at laying a “foundation” or any other technical trial skill.

We won the trial because Dan out-worked, out-hustled, and out-investigated the entire executive branch of Winnebago County government.  By himself.  The midwestern work-ethic isn’t something law school teaches. It is something law schools need to build on when it comes to what really matters, though.

There are a lot of fresh faces popping up in court this time of year.  They have brains crammed with abstract legal concepts that make for great debate over a latte at Starbucks, but won’t necessarily lead them to a barn with bloody goat bits.  They’ve learned to talk the “lawyer’s language” and “act like a lawyer.”  Law school has done us all a dis-service.

Watching Dan and a few other successful lawyers in court for years makes it clear that the best attribute a trial attorney can have is the will to prepare, investigate, and pursue every potential fact or witness in a case… and don’t stop right up until trial no matter where it takes you.  The best skill a criminal trial attorney can have is to be able to talk like a normal person to normal people- because that’s what your witnesses and jurors are going to be.