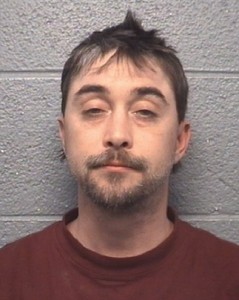 I try to be helpful here.  I really do. I know I probably fail.  It’s not for lack of trying, though.

A while back I wrote these riveting tips on what to do once you’ve been arrested.  It was ground breaking stuff.  Earth shattering, even.  I thought lives would be saved.  It felt good to help.

You ever seen that show Moonshiners?  It’s about the brightest in American small businessmen trying to eek out a living in this brutal world.  It’s entertaining.  If you’ve ever seen it, you know some of those guys could use any help they can get.

So, re-read those tips about what to do once you’ve been arrested.  Then, read this article on the Moonshiner guy who got arrested.  Then look at his mug shot.  Does he look like a guy who was illegally drinking in the Quickie Mart parking lot?   Maybe just a little bit.  What conclusion can we draw from all of this?