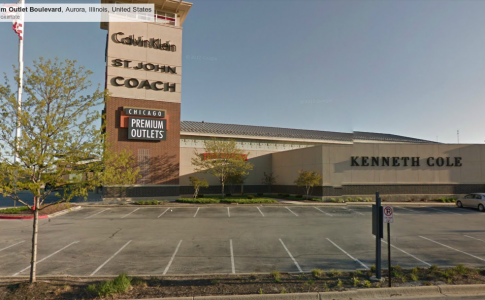 Remember back about three weeks ago when I wrote about the property destroyed on the newly re-done River Street in Batavia?  I was a little bit annoyed that damaging public property was a more serious crime than damaging private property because, well, I don’t really know why.  I’m still annoyed- I’m not sure why my property (or your property) is somehow different than public property.

But wait, there’s more.  This might even be worse.

The Beacon News is running a story on a man convicted of stealing property from a mall in Aurora, Illinois.  Shocking, right? A dude stole some stuff from a mall. It’s probably the first time that ever happened. Ever.  It’s probably only in the paper because there are some other “aggravating” issues- like the man’s record.

Actually, it’s probably only in the newspaper because the Kane County State’s Attorney’s office pushed a media release out to the internet and bragged about it on the twitters:

Let’s ignore that grandstanding for a moment and pretend this story is actually news.  If we ignore that annoying fact, here’s the other part that’s annoying:

A Kane County jury deliberated about two hours before convicting Shawn A. Gosa, 45, of aggravated battery and two counts of retail theft, a statement from the Kane County State’s Attorney’s office said. All the charges are felonies.

Of course, you know we’ve got a law against theft (720 ILCS 5/15-1). I don’t need to quote it for you- you know what it says.  It’s got a lot of extra legal mumbo-jumbo but it basically says that you can’t take stuff that belongs to other people.  Simple enough.  If that’s theft, though, what is retail theft?

So, now you’re wondering why somebody somewhere (lots of people in the Illinois General Assembly, really) is going out of the way to (waste taxpayer money) and protect the retailers?  Why is it that somebody who steals your pants is treated differently than somebody who steals pants from Manny’s Big and Tall?

Because you matter less, apparently.