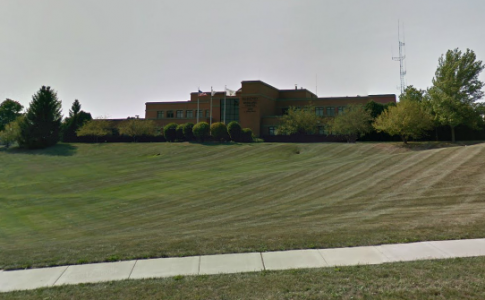 It’s getting weird in the DUI world.  If you haven’t been paying attention, DUI arrests are on a sharp decline.  They were way down a few years ago, and they are currently down from even those numbers.  You’d think that would be a good thing, right?  You’d think police departments would beating their chests and issuing press releases touting how their cutting edge enforcement efforts have finally worked. Or talking about how the smoking ban in bars has cut down on DUI. Or telling us how great this brutal winter was at keeping drunks off the road.

McHENRY – The city of McHenry is stepping up the prosecution of its driving under the influence cases, its police chief said.

The city has adopted a “nearly zero tolerance” policy on plea negotiations, which has meant a “substantial” increase in the number of hours that city-hired prosecutors have to devote to preparation and in court appearances, Police Chief John Jones said.

To cover the added hours, the McHenry City Council approved an additional $150,000 in legal contractual costs as a part of its fiscal 2014-15 budget.

Well, isn’t this interesting? DUI generally down, so the City of McHenry decides to revamp it’s prosecution process.  They’re even going to throw more money at it.

The new policy, which was adopted in May 2013, emphasizes keeping DUI offenders off the streets as long as possible, Jones said.

“They’re not taking a stiff fine and pleading for some different offense,” he said. “They’re not just taking a guilty on a DUI and getting their license back.”

You know what I love about this? For the vast majority of offenders the police department, city prosecutor and judge have absolutely no effect on when the accused may drive again.  Illinois currently allows the majority of people arrested for DUI to drive with a BAIID device about 4 weeks after the suspension starts.  The process to get a BAIID device goes through the Secretary of State and has nothing to do with court.

While it is possible to get a license back sooner through a summary suspension “rescission”, Jones’ reference to keeping DUI offenders off the streets “as long as possible” is a bit of a joke.  You’re talking a matter of weeks, and that’s only for cases where somebody might have received a rescission that they otherwise might not have been granted from the judge prior to that time. For all the other cases, nothing changes.

But, I’m sure the city crunched the numbers, saw exactly how many cases it might affect, and then made a reasoned decision before deciding to throw part of that extra $150k at fighting for this, right?

For many defense attorneys, the priority is getting the driver’s license of their client back as quickly as possible, which means that they’ll try to start the negotiation process even before a summary suspension hearing. A summary suspension is when a driver automatically loses their license starting 45 days after refusing to submit to a breathlyzer test or failing one.

The city is no longer doing that, and when a negotiated plea is agreed to, Jones or someone he designates has to sign off on it before it can be negotiated, Jones said. The city also is pursuing more felony charges when possible, going after drivers who have at least two prior DUI convictions or who were arrested while their license was suspended or revoked for a prior DUI.

I couldn’t resist putting this last snippet in. Read that last paragraph again. Did you do that? Ok. Now, read this one that was contained earlier in the article, but which I put here for context:

Officers also are receiving advanced classes from Zukowski, Rogers, Flood & McArdle aimed at staying up-to-date on why some DUI prosecutions fail, he said.

Did you see what happened there? You didn’t? Let’s do it like this:

Jones or someone he designates has to sign off on it before it can be negotiated.

Officers also are receiving advanced classes… aimed at staying up-to-date on why some DUI prosecutions fail, he said.

One the one hand, lawyers have to get police permission to dispose of cases. On the other hand, those same lawyers have to teach the police about DUI cases.  How much of that extra $150k goes to this genius system?  The City is paying the lawyers to teach the cops how to do DUI. They are also paying the lawyers to ask the cops for permission to negotiate DUI cases.

The hope is that by taking a hard stance on DUI offenders, the city will see the number of offenders and, in particular, repeat offenders drop, which would eventually lessen the amount the city has to spend on legal costs, he said.

Like I said before, DUI arrests have been dropping for years.  Now McHenry is putting big money into a system that already seems to have been getting the desired effect.  This should be interesting to watch.