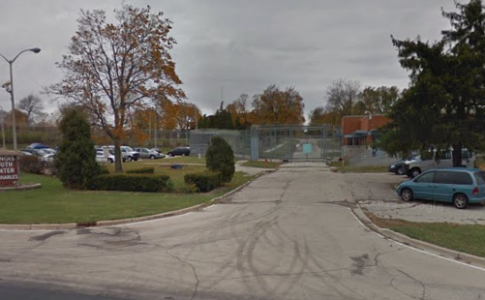 Even when I first went into criminal law, I wasn’t necessarily suspicious of what the police did/said/wrote. Sure, I was critical. Every story has two sides, right? It’s ok for them to have theirs and me to have mine. Neither of us were at the scene of the crime anyway, so there are going to be some disputed facts.

I’m not going to ever forget the day that skepticism and distrust replaced criticism, though.

I was working at the McHenry County Public Defender’s office in juvenile court.  The “Burrito Express” Murder had recently happened and nobody had been arrested for the crime.  I was in court with this kid who was the type of kid I was in court with every week… because he couldn’t stop being “detained” (which is the fancy word they use for juveniles instead of saying they are “arrested”).

The judge had seen this kid so many times recently that there was no way he was getting out that day.  Nevertheless, I argued, again, that he was just another good kid who made bad decisions… again. Of course, I lost.

While this kid is getting hauled back to the “detention center” (a fancy word for “kiddie jail”), he tells me that he knows something about the Burrito Express murder.  He wants me to see if the prosecutor could use his help in exchange for his release. He gives me two names.

Of course, I’m skeptical. Why? Because people in a jam will do anything they possibly can to get out.  But, you never know.

I sauntered over to the prosecutor, told her that he might have some info on the Burrito Express deal and asked her what she’d be willing to do if he helped out- I didn’t mention the names he’d given.  She rolled her eyes, looked at me, and snapped back, “He better not claim it’s [insert first name he gave] or [insert second name he gave] because everybody is claiming it’s them and they’ve both been investigated.”

That seemed to be as far as that would go. So, that was that. Or, so I thought.

Three or four days later, it’s Friday night and I’m driving home after work. It’s about 6:00 p.m.  I get a call on my cell phone from the juvenile detention center.  Since I didn’t give my cell number to clients, I knew it was coming from somebody official, and I picked it up.

“Is this Attorney Haiduk?”

“This is the Kiddie Jail.”

“We just wanted to you to know that two McHenry County Sheriff’s officers called. They said they’re driving here [35 miles away] and want to talk to your client.  We just thought that, as his attorney, you should know.”

Before I could wonder aloud why the police were driving all that way late on a Friday, the jail gave me the cell number for one of the detectives.

I called immediately.  The detective told me that the prosecutor had called him.  According to him, my client knew something about the murder and “wanted to talk” to the police. He wanted to talk to them. He requested a meeting, apparently.

Because, you know, that’s what kids caught up in the system ask to do.   They want to be interrogated.

I told the Detective that I was not ok with him talking to my client at that point and that, if he persisted, I was going to beat him to the jail and ensure it didn’t happen.  He agreed that he wouldn’t.

The following Monday I confronted the prosecutor:

“Why did you tell him my client wanted to talk to him? I never told you that.”

“I never told him that,” she said, “I told him that you said your client might know something, that’s it. If your kid is a possible witness in a murder case, I have to let him know, don’t I?”

I didn’t think she was lying about telling the detective my kid wanted and requested to talk to the police. I dealt with her every day and had a pretty good handle on how she operated.

I’m sure, in the mind of a detective trying to solve a murder, not much besides the task at hand matters.  When a prosecutor tells you that there is a possible witness for the case sitting in a kiddie jail an hour away, you’re going to go try to talk to him.

That part, I understand.

On the other hand, there’s a right way and a wrong way to go about that.  The wrong way is trying to be sneaky on a Friday night. The wrong way is playing fast-and-loose with the rights of a juvenile in the kiddie jail. The wrong way is to lie about why you’re going by convincing yourself the kid asked to talk to you, and repeating that as though it’s truth.

The wrong way is a way I hadn’t seen before.  Of course, I’d only been on the job about 5 months.

Obviously, that wasn’t the last time something similar happened. It’s what I remember as the beginning of my being skeptical of the information I’m fed from the police, though.