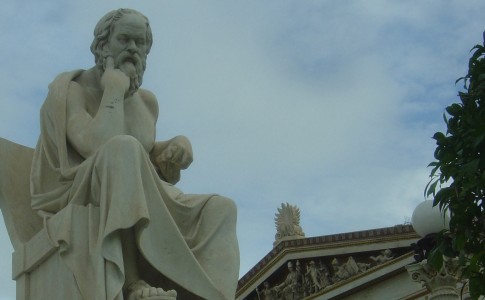 I don’t know much about a lot of things. Nobody will dispute that. I might know a little about a few things. At least, people ask me questions as though they think I do. Of course, I’ve got a philosophy degree so I know that I really know nothing. That’s what the bearded, hippie, teaching assistants told me, anyway. I don’t know enough to disagree with them, that’s for sure.

My favorite legal questions are when friends and family of people without much exposure to law enforcement have that first “experience” and want to know what to do.

Difficult questions to answer, no? All questions, of course, coming after the subject of the question has already talked to the police, or wandered down to the station “because they have nothing to hide.”  Why would you call and ask a lawyer beforehand when you can always have your friend or family member do that while you’re in jail, right?  No need to rush.

When law enforcement has decided there is no reason to be nice to you things get very uncomfortable, really quick.  There’s no legal reason they can’t be jerks to you, even if you’re not a “suspect.”

This is especially true when it comes to situations where law enforcement is in charge of telling what your rights are.

Courts have given law enforcement the greatest tool in the world in ducking that responsibility in any meaningful way: the reasonable person standard.  Cops don’t have to read you your Miranda rights because a reasonable person wouldn’t have thought they were under arrest in your situation. That’s what the courts will say, anyway.

Why wouldn’t a reasonable person in your shoes think they were under arrest? Because the police told you that you weren’t. Sure, they put you in handcuffs, gave you a ride to the station in the back of a car with a cage and doors that couldn’t be opened from the inside, drove you into a sallyport you couldn’t possibly get out of, walked you through several locked doors, and “asked” you to wait in an “interview room” in a building you couldn’t get out of with a map and compass… but they told you that you weren’t under arrest. A reasonable person wouldn’t think they were arrested at that point, right? Sure. Whatever.

The reasonable person standard works so well for law enforcement because it’s a generally undefinable standard applied in an overly-technical and, quite frankly, not reasonable way.

Or, so I say. Although we’ve already determined that I know nothing.

I know one thing, actually. I may not know what your friend or brother or self should have done when the police showed up and did whatever it is they did, but I do know what I’d do.

Whenever somebody from law enforcement shows up, ask yourself “what would I do if it was a regular person I didn’t know asking this?”  That simple twist will make answers a lot more clear.  The one hitch, and the only hitch, is that the answer is never “call the police.”

Pretty simple questions to answer, right? Regular dude you don’t know is trying to get you into a car with no door handles and no way to get out of and wants to take you into a locked garage and then to the middle of a building you don’t know how to get out of. Who’s going to do that? Nobody, that’s who.  Regular person you don’t know banging on your door and demanding you come answer questions?  Thanks a lot, bro, but I just put a Tombstone in the oven and I’ve almost solved Zelda… Try me later.

It’s that simple. Next time some out-of-the-ordinary thing happens to somebody you know involving law enforcement, just use the regular person standard to figure out what’s right.  Don’t consider that legal advice, though. Legal advice sounds more like, “just call a damn lawyer.”

Or, it would. If I knew anything about anything.

One thought on “The Regular Person Standard.”