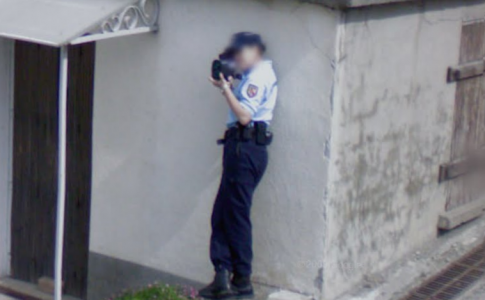 This is a fun job. It really is.  So fun, in fact that everybody wants to do it.

Maybe that’s a stretch. It seems that everybody wants to comment on it, though.  I’ve pointed this out before, but there aren’t a lot of other jobs where people without any real experience are so open to tell you what the laws should do, what your job should be (and why they could “never do your job”).  Nobody tells the accountant at the Thanksgiving table that they have to defend/attack/comment on something they heard Nancy Grace or Jon Stewart talking about on TV.  Nobody asks the plumber at the party how he could dare install plumbing for “those people.”

.@NancyGraceHLN can’t wait for the show on “Family women” who kill. #sexist

Not that I’m complaining. It goes with the turf.  It’s part of the job.

It is amusing how much misinformation is flying around about the law, though.  Especially criminal law.  It’s not just misinformation, it’s information that is so well passed around and talked about that people think it’s true.  In other circles, this might be called ignorance. I’m try to be understand, though, so I’d never use that word with respect to the general population.  So, I won’t.  Without further delay, though, I offer the following misconceptions of law that appear to be fueled by the generally isolated, TV-watching, Nancy Grace loving viewership:

So, you’re talking to your favorite lawyer friend because you got a ticket.  And, of course, you’re not guilty because you know you’re not guilty.  All those people charged with murder and theft? They’re guilty. You and your speeding ticket, though?  You demand justice.

You’re in my office telling me all the reasons you know you couldn’t have been speeding-  your Ford Tempo can’t get up to 67 m.p.h. that fast, or because you never speed there because your Grandma lives there and you don’t speed by your Grandma’s- whatever story you want to tell. Then, your voice grows even more incredulous as you figuratively put the cherry on top. “I asked him to see the radar gun,” you tell me, “He wouldn’t show it to me!”

Whoa. You got him there.

Except, guess what, Magnum P.I., you didn’t.  You might think you did. You didn’t.  Here’s exactly what they have to prove to find you guilty of speeding. Are you ready for this?

First, you were driving a car.

Second, that car was speeding.

Don’t get me wrong. It’s not cool of a cop to not show you the radar if he used it to bust you, he locked in the speed, and you politely asked to see it.  Cops don’t have to be cool, though.  Plus, on the other hand, what does it matter how the radar reads if you’re saying the radar is wrong (and it must be, because you don’t speed by Grandma’s house)?

2. “The police never read me my rights…”

I’ve heard this one so much that I usually head it off before it becomes an issue.  In fact, I’ve heard it so much that I explained it in this post two years ago, and that post is, without question, the most viewed thing I’ve ever written (with these tips from a pimp on winning your traffic court case coming in a distant second).  So, since I know you’ve read every word of that 4 or 5 times, here’s the quick version:

If all of that is generally true, and they never read you your Miranda rights before you said that stuff you shouldn’t have said, then you’ve got something going.

What you’ve got going, though, is that the judge should keep your statements out of the trial. It doesn’t mean they have to necessarily drop the case against you. As silly as this may sound, there’s no rule anywhere ever that forces the state to drop a case against you because you confessed. Even if they didn’t read you your rights.

So, there you go. Next time somebody is ranting about how they got a speeding ticket but that it’s going to get thrown out because the cop wouldn’t show him the radar, or that their case will get pitched because nobody read them their rights, you can chuckle a little bit.  Or you can just remind them that they couldn’t have been going 67 m.p.h. because their Ford Tempo wasn’t that fast. Whatever works for you.

One thought on “Two Bad Misconceptions About the Law”