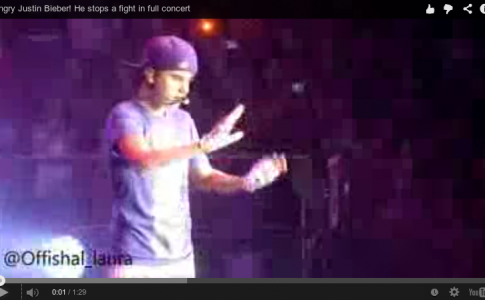 So, you’re sitting in my office and you’re mad that you got a ticket or were arrested for DUI or are charged with murder. You’re going to fight this thing all the way. You’re mad.  They never read your your rights.  They never showed you the radar.  If they didn’t do that, you must be “not” guilty, right?

For whatever reason, there seem to be a large number of people who, between the time they’ve last talked to the cops and the time they walk into my door, have convinced themselves they’re not guilty.  That’s just fine.  If you want to take the best shot at winning at trial, though, there are some things you probably said to the police that you shouldn’t have.  Those things are going to make it really hard for a judge or jury to see just how not guilty you really are

When the police first pulled you over or started to talk to you: “Yes”.

Do you know how fast you were going? “Yes.”  Do you know why we’re at your house with this warrant looking for a dead body? “Yes.” Do you have any idea why the neighbor says you were swimming naked in his pool at night and creeping out the entire neighborhood? “Yes.”

When the police ask those initial questions, they obviously know something. They’re not going to tell you what it is, but they’re going to try to get you to talk about it. After all, you may “know things only the killer would know.”  If you answer “yes” to any of these initial questions, it’s going to start a dialogue- a dialogue that’s only going to get harder to stop.

Probably the only worse answer than “yes” would be to lie.  Like, telling an officer at a traffic stop that you were going 47 when his radar says you were going 89.  Lies are either going to frustrate the officer or (in a more serious case) make you look even more guilty when you’re busted.

A better thing might be to say, “I’d like to talk to a lawyer before I answer any of your questions.”  Nobody seems to ever believe me on that, though. It’s sort-of a free country, I suppose.  You go ahead and do what you want.

When they want to search: “Yes”

When it comes to car searches, this is almost always a follow-up to “do you have anything you shouldn’t in the car?”  Of course, if that’s what happened you must have skipped the section above and either lied (hoping he’s not smart enough to know all the drugs are “hidden” in the trunk of your Chevy Vega), or answered “yes”.

So, now he wants to take a look. He’s asking you, and you don’t want to “look guilty” so you’re going to let him search.

Look, I know it seems a bit extreme, but no police officer is ever searching my car, house, body or other property with my consent. I have nothing to hide- just like you (except for those apples you’re illegally smuggling into Canada), but my stuff is nobody’s business and I don’t care how they think that makes me look.  I’d be somewhat offended if they even asked.

Getting sucked into “not wanting to look guilty” is the best way to look absolutely guilty. Nothing says “this guy is probably guilty” like the weed the cop found in your pocket or the headless corpse in your crawl space.

If they ever ask to search, you can always tell them you’d like to talk to a lawyer about it first. Just saying.

When the police are interrogating you: “Yes”

You’re in some small room at the police station. The room is simple, without decor or anything but a small table and some chairs.  There’s one cop- maybe two.  They’ve read you your rights, and they’re asking you questions.  They want to know how long you had “beef” with the guy who was just found stuffed in the back of a burned-out AMC Gremlin down by the river.  “You’ve hated this guy since before that day at the Bieber concert, right?” They ask.
https://www.youtube.com/watch?v=5nq3FHm6DZ0

Wait a minute. You’re in custody.  They read you your rights. They just told you that you had a right to an attorney.  They told you that they’d get you one before any questioning.

Now you’e sitting there, without having talked to a lawyer, and you’re about to agree that you didn’t like some guy that they found dead?

Brilliant idea, Einstein.  Especially if you didn’t kill the guy (or if you’re going to tell your lawyer you didn’t, anyway).

Just another crazy thought, but if you’re planning to contest the charges and try to avoid spending the rest of your life in prison, it might make sense to talk to a lawyer first. Probably.

There you have it. You’re in my office. You want to fight this to the end. You’re mad that your rights have been violated. They can’t prove this case… except, of course, for the fact that you admit you knew why they were looking at you, let them search wherever they wanted and confessed after they read you your rights.

Can’t wait for your trial.