Just an odd coincidence as well. I’m sure that, in the tens of thousands of cases I’ve touched, if a white guy ever stayed on the cell phone after END_OF_DOCUMENT_TOKEN_TO_BE_REPLACED

I don’t want Dylann Roof to die. I know that if anybody in the country right now deserves to die, it’s probably Dylann Roof.

However, killing him is putting a seal-of-approval on the legal journey that led him to death row. From the police investigation, to the pretrial motions, trial and death sentencing hearing, we shouldn’t give ourselves the power to kill people if they haven’t had the benefit of an accurate and precise system at every step of the way. END_OF_DOCUMENT_TOKEN_TO_BE_REPLACED 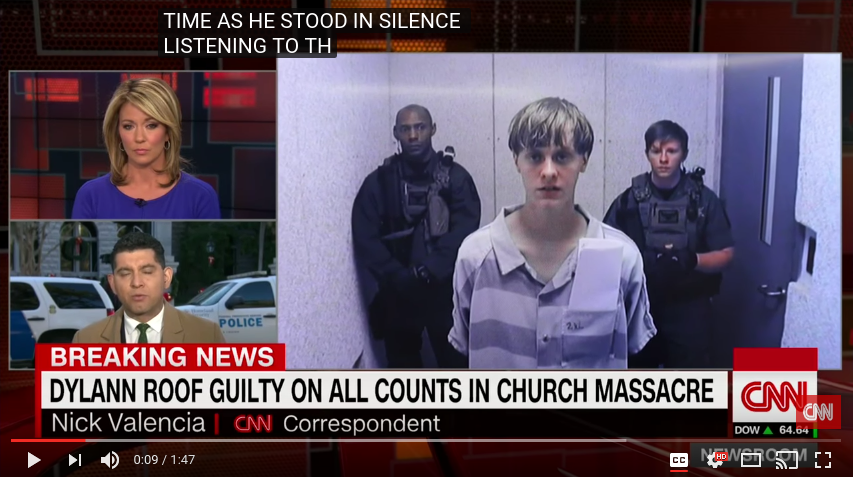 It might not have been the first day I started at the Public Defender’s office, but it certainly wasn’t long after.  I knew nothing about the day-to-day operations of a criminal defense attorney (law schools don’t teach such things). I was about to be turned loose into the confusing, complicated, chaotic world of juvenile delinquency court and my new boss was trying to boil my role down to terms my inexperienced self could easily grasp.

“Sometimes,” he said, “your job is to be the only person in that courtroom willing to say something nice about a kid.”

END_OF_DOCUMENT_TOKEN_TO_BE_REPLACED

I didn’t even know who Donald Sterling was until this whole Clippers/mistress/racism thing went down. In case you’re living under a rock (like I typically try to), Donald Sterling is an older-than-dirt, mega-rich, crusty, white dude who also happens to own a pro basketball team that nobody knew existed (except me of course, I still have my Terry Dehere jersey in the closet… seriously) until some guy named Blake Griffin jumped over a car.

At least that’s what Donald Sterling was.  Now, he seems to be an exposed racist with a mistress less than half his age and a long history of discriminating against minorities.  The general public is outraged at these “revelations.”  We’re not going to let this man say these racist things, dammit! I mean, we didn’t have a problem with him doing racist things for the longest time… but now that he actually said it? Now there’s a problem.

To my bitter, sarcastic mind, there’s a problem with our collective thinking on Sterling.

While our dislike of him may be rooted in his racial views (and even actions), the flames of our hatred fan most intensely towards the man because we don’t want to be hypocrites.  Sterling was exposed as a racist years ago.  Even so, we didn’t know or care enough about the man to pay him any mind. Now, though, we care. We care because everybody knows. Even worse, everybody knows that we know.

When everybody knows that you know that Donald Sterling is racist, you’ve got to be outraged.  After all, they know you know he’s racist, and if you’re not as mad as them (or even more mad), then you’re probably racist too, right?

Look, I’m not defending Donald Sterling. He’s clearly a jackass. Crude as that sounds, there’s not a better word for it.  The outrage is seemingly overdone, though.

Kareem Abdul-Jabbar hit the nail squarely on the head with his piece for Time Magazine. If you haven’t read it yet, you’re doing yourself a disservice.  Kareem takes a spectacularly rational position, and is as much upset at the general public for blowing the story up as he is at Sterling:

What bothers me about this whole Donald Sterling affair Isn’t just his racism. I’m bothered that everyone acts as if it’s a huge surprise. Now there’s all this dramatic and very public rending of clothing about whether they should keep their expensive Clippers season tickets. Really? All this other stuff I listed above has been going on for years and this ridiculous conversation with his girlfriend is what puts you over the edge? That’s the smoking gun?