When I worked for the public defender’s office I was a complete pain in the ass.  Or, at least I like to think I was. Considering a judge once told me I was “the only roadblock to an otherwise smooth running courtroom,” I probably was.

I pulled out every trick people would teach me. When I ran out of those, I’d invent some of my own and see how they worked. If they rocked, I’d use them until they wouldn’t. If they didn’t, I’d think up something else.

I don’t regret that. Not even a little bit. END_OF_DOCUMENT_TOKEN_TO_BE_REPLACED 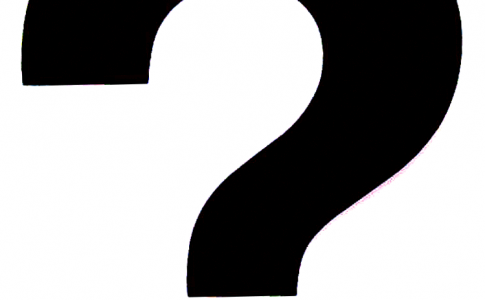 Earlier this year I took issue with one of those news reports that seemed sourced mostly from a police press release. Or, at least, a police spokesperson who wasn’t about to let the reporter ask any real questions.  By this point, I’m sure you know how much I love police press releases.  Because I know this is the internet and I know you’re part of the short-attention-span Mtv (or whatever channel is cool now) generation, I also know you’re not going to bother reading the other post. So, here were the highlights:

What the press release didn’t say and what did not, therefore, make the paper was that this was a bad arrest and a bogus case.  So bad, and so bogus, as a matter of fact, that anybody who has been around the criminal courts for any length of time could read right through the police babble and see it.  Of course, by anybody, I even mean me. I had this to say at the time:

I hate to say “I told you so,” and I won’t. I will say that the case was dismissed within 60 days of the charges being filed, though.

Where’s the police press release on that?  Where are the apologies?  Where is the “we’re sorry we over-hyped a case because of the political aspect and dragged this lady through the mud on some garbage charges”?

I’ll just sit here patiently waiting for Johnsburg to apologize.  I’m going to stock up on Cheetos and crossword puzzles first, though, because something tells me it could be a long wait.

If you’re not aware, McHenry County actually holds court in two “courthouses”.  There’s the main courthouse at 2200 N. Seminary (right on Route 47) in Woodstock. There’s also a “branch” court that meets on Wednesdays in the City of McHenry village board meeting room.

Most counties have these branch courts.  In fact, most counties have many more of them than McHenry County.  The de-centralized court systems are more convenient to the public.  As they often times pop up in odd, inexpensive-to-rent places, the costs to operate can be relatively low.  How much can it really cost to use village board meeting rooms (like Carpentersville and Elgin branch courts, Mchenry branch court), strip mall store fronts (there used to be a whole bunch of these in Lake County) or VFW Halls (like Downer’s Grove Field court) to rent?   END_OF_DOCUMENT_TOKEN_TO_BE_REPLACED

It might be impossible to come up with a less efficient way to handle DUI than they do in Woodstock.  Seriously.  I can’t think of one… and I’ve seen cases go through the system in a lot of counties aside from McHenry County.

Imagine, if you will, that you got a DUI.  Of course, it’s going to be the last DUI you get because every time somebody gets a DUI it’s always their last.  There are actually two parts to your case… the criminal DUI charges and the suspension of your license (why they are separate is another story, but that’s beyond the control of the courts).

In places like Cook County or DuPage County you show up on that date and they will, most likely, have a hearing on the license suspension right there. You may even get to have a trial depending on what kind of trial you’d like.  In places like Kane County, they are going to take your DUI file, set the case over on a Friday- because that’s when they do all the license cases- and you will likely have a court date set even quicker than the one the police gave you for the DUI.

In McHenry County, though?  The first thing that will happen in McHenry County is that they will make a special file just for your license suspension.  Then the clerk will set that file on a special court date where your DUI criminal case won’t even be up in court.  Your DUI court date will likely be the following week (or the one after that).

Why do they make an extra file in McHenry County, and then give you an extra date when your DUI isn’t even scheduled?  Because, in the likely event that you will demand a jury trial on your DUI case before your license suspension is decided, they will assign the criminal file to a different judge on a different floor on a different day of the week… meaning it’s not uncommon for somebody to have to go to court in Woodstock on two different days in two different courtrooms in the same week, for the same DUI arrest.

You know why they do that?

Remember that the next time you hear somebody whining about how defendant’s drag stuff along and clog up the system. Maybe the system is clogging itself. It sure is in McHenry County